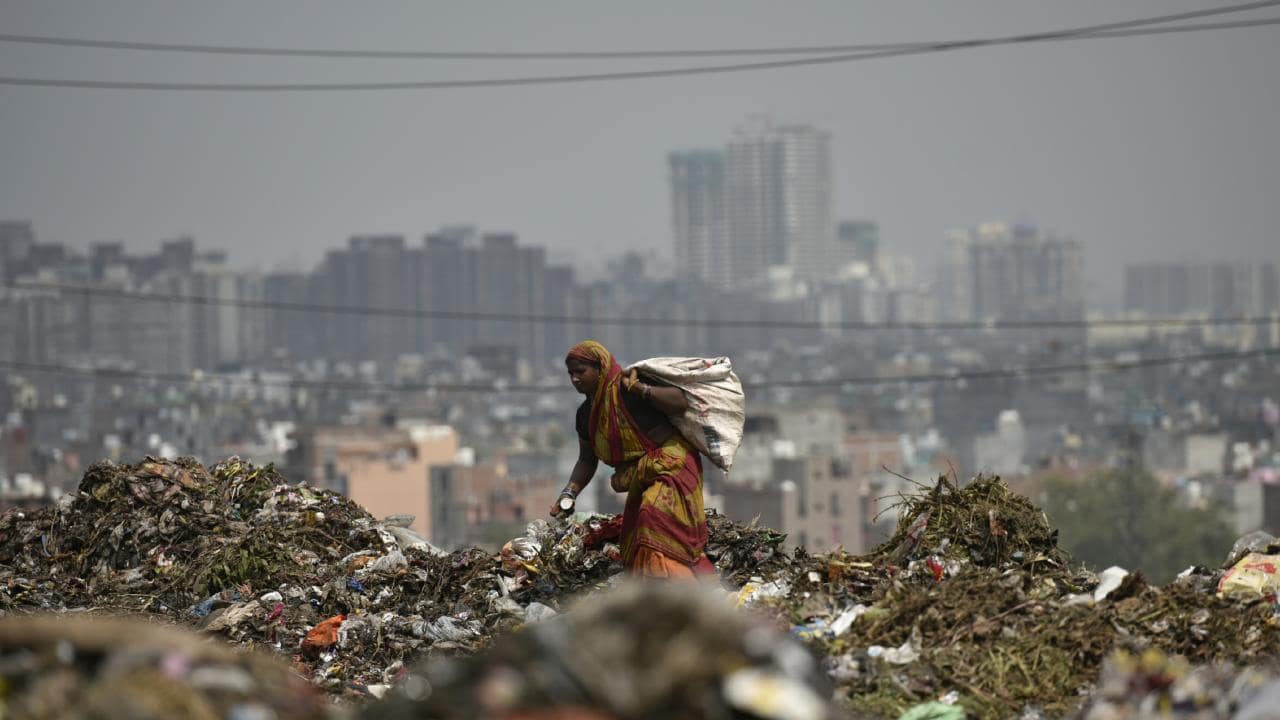 The waste crisis in India is dire and in need of more scalable solutions as the country continues its rapid growth and urbanization.  Recykal is transforming the waste management space by connecting every stakeholder through a digital platform.

Garbage is not an uncommon sight on the streets of India. Tar roads are dotted with plastic bags and waste overflows from blue bins at the end of streets that millions of people commute through every day. The garbage that does manage to escape the streets ends up in the ever-growing mountains in landfills, only to be burnt or buried under piles of more waste. But Recykal, a digital technology company providing cloud-based solutions has found a promising way to end the waste crisis. The company connects waste generators, processors & recyclers through an online platform. By bringing stakeholders together, Recykal is fixing the demand-supply mismatch of recyclables in India and creating traceable material loops in the $13.4 billion waste industry.

Abhishek Deshpande, Co-Founder of Recykal, said that his team believed that waste management was one of the most pressing public health and environmental threats in their home country,  the need of the hour when he, along with Abhay Deshpande and Anirudha Jalan, co-founded Recykal in April 2017.

The Gamechanger: From Hotelier to Sustainable Entrepreneur

Historians believe that the game of chess was invented in India in the 6th Century AD, and Indians still love and are masters of the game. To be a great chess player, one must think several moves in advance and have the ability to work with all the pieces on the board: skills which are also required to succeed in the confounding game of waste management in India.

Abhishek Deshpande’s success story proves you don’t need to spend your whole life in preparation for a career in the field of sustainability. Abhishek was once a pre-opening team expert for Accor Hotels and spent years building hotels from scratch. He believes that the time he spent always being on his toes, working with people and understanding customer needs helped him develop an entrepreneurial mentality.

Abhishek calls himself a “food and beverage guy” and said he was first introduced to environmental problems when he joined a sustainability program called Planet 21 for Accor Hotels. He recalls feeling intrigued. “It wasn’t the hotel’s core mission but they were so keen about being more sustainable,” said Abhishek talking about his “aha” moment where he became more cognizant of the waste the hotels were generating.  Soon, he understood the magnitude of the problem and saw himself as a contributor too. Abhishek talked to vendors and began to look at the supply chain from a waste lens in an attempt to reduce waste. This is how his transition from hospitality to sustainability began.

Strategy: If you want to build a bridge, you need to know the depth of the water

Abhishek said that their team’s biggest challenge was that no one came from a recycling background. Sustainability is a vast topic where research from the isolated crooks of their homes could tell them little about the problem on the streets of India. Abhishek decided to work with communities in a more direct capacity. He emphasized an important learning as an entrepreneur, “if you want to build a bridge, you need to know the depth of the water.”

He highlights that their success came partly from working with every stakeholder and especially those on the front lines of waste management decisions in India. “We needed to understand the pain point, and so we talked to everyone from rag pickers to big institutions like schools and corporations,” Abhishek said.

The team discovered an opportunity within the problem: there was no traceability, transparency or information about the supply chain of waste. The stakeholders work in their own silos with lack of information and lack of communication. The remedy was innovative, reliable, scalable technologies that bridge the ‘digital divide’ to close material loops and pave way for a circular economy.

In India, 95% of waste is handled by the informal sector without government oversight. Untraceable patterns and lack of information have led large metropolitan cities to their current outcomes, in which waste and landfills are seen only as pieces of a big puzzle. Waste management should instead be approached as a sort of chess game: in a strategic matter in which the role, movement, and influence of every piece must be understood.

Once the team understood the pieces, it was time to bring them together and the Recykal team created a solution that would reach the vast urban population in India. “We didn’t want to start a typical waste management company, going door to door and collecting waste; it was very clear that we had to create a product that can scale much faster.”

Abhishek highlights that the internet is a boon for developing countries like India where even those in poverty are digitally equipped and consume data online due to the rise in low-cost internet services. “We don’t have time to fix the mess we’ve created without digital solutions in big countries like India. We have to make use of technology to reach a massive scale because mobile and internet penetration is at a peak right now in the country.”

Abhishek highlights that the internet is a boon for developing countries like India where even those in poverty are digitally equipped and consume data online due to the rise in low-cost internet services. “We don’t have time to fix the mess we’ve created without digital solutions in big countries like India. We have to make use of technology to reach a massive scale because mobile and internet penetration is at a peak right now in the country.”

Technology was a core strength of the founding team; they built a digital platform well suited to the fragmented ecosystem to connect all stakeholders: rag and scrap pickers, schools, colleges, corporates and government institutions. The portal makes buying, selling plastics, paper, e-waste and other recyclable wastes easy with digital payments, online documentation and complete logistical support.

Abhishek says it has been extremely rewarding to see the changes in the lives of those at the bottom of the pyramid, the rag-pickers who were initially dependent on a volatile, informal and cash dependent economy. “By creating bank accounts for workers, we brought them back into government schemes that they had been excluded from for years,” recounts Abhishek. Employees throughout the company have received benefits from health insurance and training schemes.

Abhishek also talked about the sad irony of recyclers in India importing waste from other countries prior to the establishment of Recykal. “Corporates claimed that finding proper waste in India was difficult, but the roads right outside their building would be lined with waste and plastics,” said Abhishek as he recalled feeling disappointed. “Now the very same recyclers are working with us once we’ve connected them to a supply of materials”.

Playing Offense: the Problem with Plastic

“Plastic is one of the greatest inventions of mankind, think about the role of PPE in the pandemic that we are in right now; it is the selfish nature of humans that has made plastic a threat,” said Abhishek. He further pointed out that our knowledge of waste stops at our own garbage bins. “Nobody knows where their waste is going. We are disposing improperly; we need to be more responsible.” One of the primary goals of Recykal is creating a reliable and transparent post-consumption supply chain to dispose of plastic and e-waste safely and for recycling.

Recykal also wants to bring a change to the way India recycles and thinks about waste management. Abhishek reflects on the practices in his own home: “When I started the company, waste segregation was improper in my own house,” He said.  Abhishek witnessed first-hand the power of knowledge sharing through indirect and direct channels and saw the impact in his own family and his entire community.”

Sustainability Plus Innovation for a Checkmate

Abhishek says there is a need for more people in the field of waste management. He explained, “We need competition. I want ten companies like ours because we are way behind in time and even ten more companies like Recykal won’t be sufficient because that is how large of a mess we’ve created.”

Abhishek says that the norm in India is that “you have to be a non-profit or be a big corporate pursuing Corporate Social Responsibility to enter the field of sustainability.” Their company shows that there can be value in sustainability. “You don’t have to sacrifice jobs and profits to do good for the environment,” Abhishek says that we need more sustainable entrepreneurs with out of the box thinking. “We cannot fix problems of this magnitude with theoretical approaches, we need innovation.”

The best players of chess combine a calculative mind with out-of-the-box thinking.  Abhishek brings these same skills to the game of waste management.  If anyone can check the garbage problem in India, he can.