This is a story about connecting the dots. Samir Lakhani was building fish ponds in northern Cambodia, part of a project designed to help remote, rural villagers achieve food security when he witnessed something that alarmed him: a woman in the village washing her child using powdered laundry detergent.

Harsh detergents can be unsafe for humans, especially babies. The sight made him realize that although the communities he was working with needed sustainable sources of protein and income, they also had a dire need for something much simpler: a bar of soap.

Cambodia is a small country in Southeast Asia with a population of 16 million and Buddhism as the dominant religion. Samir knew that one in eight Cambodian children dies from preventable disease before reaching the age of five and that hand-washing with soap is the most effective way to reduce those diseases.

According to UNICEF, diarrheal diseases alone account for one in five deaths of Cambodian children age 5 and younger, largely due to poor hygiene practices. Samir explains, “lack of hygiene is not something that’s unique only to Cambodia. It’s seen across the developing world.”

An Unlikely Place for a Great Idea

When Samir returned to his hotel room, he began to connect the dots when washing his own hands in the bathroom with soap that was to be used once and then thrown away.  How many barely-used bars of soap was this hotel throwing away every day, and could this waste of resources be the solution to the problem he saw in the village?  Samir soon learned that hundreds of hotels around Angkor Wat (a vast religious monument in Cambodia that attracts millions of tourists) were likely throwing away thousands of pounds of used bar soap annual.  And thus, EcoSoap bank was born.

Samir describes the business model: “We employ economically disadvantaged women in 10 developing countries to recycle leftover hotel soap and redistribute it in an effort to reduce disease.” Since its inception in 2014, Eco-Soap has founded 16 branches in 10 developing countries.  It’s partnered with 960 hotels and 80 distribution partners, employing 106 women. It’s recycled over 250,000 pounds of soap, resulting in more than 3 million soap donations to schools, health clinics, and village communities. So far, over 1.1 million people have received soap and hand washing training from the Eco-Soap bank. Now, the organization is working to expand its reach to other developing countries with high mortality rates associated with hygiene-related illnesses.

Evolution of an Idea

When asked about how the endeavor has evolved since its inception, Samir described it with optimism.  “We have changed in two ways: “1) we weren’t pleased with just providing jobs to women to recycle soap so we have begun to provide them with free daily education and 2) we were looking for a sustainable revenue source, and so we developed a luxury soap product.”

Samir is amazed at the progress of EcoSoap bank in such a short time.   He said: “I did not expect to make such an impact at an early age, especially without previous professional training.  I suppose if you have one-part drive and maybe one-part naivety, you can do anything.”

Samir says the organization is lacking marketing and equipment funds but he is still committed to scaling his company worldwide. Currently, the primary source of funding comes from charitable donations as EcoSoap looks to create more buzz through its social media marketing.   This is where Samir and his team can use your help to spread the word.   He asks for supporters to follow EcoSoap on social media to help boost the brand.  After all, EcoSoap makes a wonderful and meaningful gift!

Samir’s journey as a sustainable entrepreneur demonstrates compassion and altruism by him and his team.  But, his story also reminds us of the good that can be created when we connect the dots and then follow through.  Samir’s epiphany has taken a problem beyond a hotel bathroom and village in Cambodia to create a cleaner world, one bar of soap at a time.

To find out more: 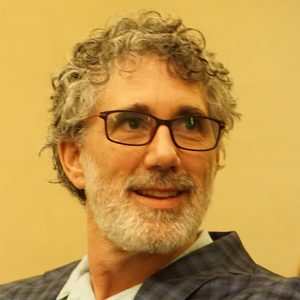