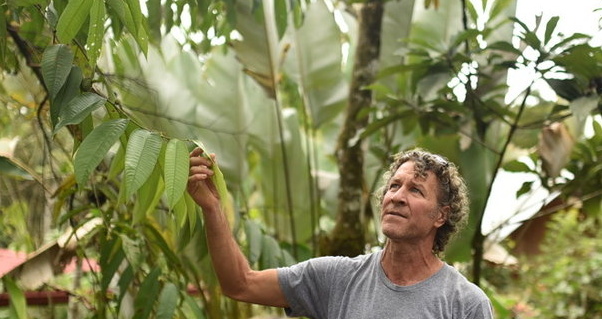 Going Back to the Countryside: The Story of Rancho Mastatal

Tim O’Hara is constantly in pursuit of a more hands-on approach to environmental education. His methodology is rooted in a localized economy and local resources to make Rancho Mastatal special for those that visit, learn and live there.

In Western San Jose, Costa Rica lies a hidden gem with lush rainforest, waterfalls and rivers. It is known to many locals as simply The Ranch. It was started by Tim O’Hara in 2001 with the vision that creating a rural safe haven would be the seeds to grow a sustainable community. A community forged by the power of education.

Rancho Mastatal, its formal title, is an environmental education center running programs about permaculture, food processing and other sustainable practices in the remote village of Mastatal, Costa Rica. Through workshops, apprenticeships, internships and group retreats, its mission is to educate visitors through practices that visitors can take home and replicate.

Programs run the demographic gamut with some families bringing infants, all the way up to senior citizens attending various workshops. Participants come from all over the globe for the type of programming Rancho Mastatal offers.

For Tim O’Hara this sustainability education center is an opportunity to think global, act local and give back to a unique rural economy.

“We had an interest in contributing to the ‘re-ruralification’ of the world,” O’Hara said.  “To try and bring some life and energy to an otherwise struggling rural area.”

A Cog in The Machine: The Corporate World Struggle

Growing up in upstate New York, O’Hara got his degree in agricultural economics from Cornell University before volunteering with the Peace Corps in Uruguay for two years. This experience instilled in him a passion for the environment; it is also where he met his wife, Robin. They were both inspired by rural farming and local economic practices.

After his time in Uruguay, O’Hara moved to Seattle, Washington where he held different jobs with agribusinesses. But O’Hara knew the corporate world was not where he belonged and soon began exploring educational opportunities in Latin America.

“I just felt like there was a lack of what we were looking for,” O’Hara said regarding the world of environmental education. “The more time I spent on Earth, the more I realized my current path wasn’t going to allow humans to lead a flourishing life for much longer.”

The Power of Thinking Local

O’Hara set out to reshape his career by helping others in a more direct way. He chose experiential education because it was the best way to prepare the world for what was coming and nurture a passion of living with the land in future generations.

“The disconnect between where our food comes from and what our houses are built out of has become so common,” O’Hara said. “It seemed to me that disconnect was creating some long term environmental and social issues that needed to be addressed.”

Keeping things small and localized is a central focus for O’Hara and the mission of The Ranch. “I feel not knowing where things come from is one of the reasons why the natural resource base has been raped and pillaged so much in recent times,” he said.

He ultimately settled on Mastatal as the site for the center because it was a place with a plethora of local natural resources, yet desperately in need of economic revival.

Mastatal is a small village with just 100 agriculturally based people. The Ranch has revived this region through employment, consumption and other contributions. Mastatal has transformed from an anemic to a robust economy, according to O’Hara.

“We are uber local focused as an organization,” O’Hara said. “We buy all of our food and commodities here, from local farmers.”

In today’s globalized economy, factory farming has made importing food from other countries cheaper than buying local. But O’Hara’s commitment to locality and support of local agriculture has made Rancho Mastatal an integral part of the community.

O’Hara also hopes this method of stimulating a small, local and circular economy can serve as a role model for others around the world hoping to grow localized business and agriculture.

“To come into a small rural community and be able to set up shop and be accepted is immeasurable,” O’Hara said. “Even if we spend more, we develop these long-lasting relationships for people that have our back.”

Small communal economies like Mastatal function best when dollars circulate as many times as possible. O’Hara preaches this circular approach in his programming and directing of The Ranch.

The Ranch property is also special because it helps local environmental conservation. The 300-acre site is located next to La Cangreja National Park and protected as a private wildlife refuge. Its rich biodiversity helps preserve western Costa Rica’s natural resources.

Local economic contribution and environmental preservation are how O’Hara views the Ranch as part of a solution to larger environmental issues. Rancho Mastatal has seen thousands of groups and individuals pass through over the years and O’Hara said nearly everyone is inspired and takes away hard skills that are applicable elsewhere in life. In many cases, that means starting environmental initiatives in their own hometown upon returning from Rancho Mastatal.

For example, Round the Bend Farm in Dartmouth, Massachusetts was started by two of O’Hara’s former interns. This farm focuses on farm education and local agriculture through zero-waste design and a circular economic practice. The model of their farm is directly inspired by the types of programming offered at The Ranch. Round the Bend Farm is just one of many examples of projects inspired by O’Hara and The Ranch.

The profound impact of the experiences led O’Hara to start a database of all the apprentices and interns and their paths after leaving The Ranch. He said he often hears about the way lives were changed years down the line.

“It’s extremely common for me, as the director, to get emails years down the road from people that have run through one of our educational programs,” O’Hara said. “This place affects people and what they’re trying to do with their careers and in life.”

For O’Hara, this endeavor has always been about being a larger changemaker and presenting a more hands-on, local approach to the environment and the way it is taught to young people around the world.

“This is my 20-year long pursuit of spreading the word and teaching others what I know about the environment,” O’Hara said.  “I want to usher in a more sustainable future for my daughter. We should really start to interact with our resource base in a more responsible way if we want to stick around much longer.”

Through the education of others and living by the teachings of The Ranch, O’Hara said he believes their process goes much deeper than ecotourism.

More Than a Tourist Attraction

That term, ecotourism, often leaves a bad taste in the mouth of many environmental groups nowadays because it has been associated with unsustainable changes in the environment. However, O’Hara sees Rancho Mastatal on the right side of the debate.

“Ecotourism has been co-opted and bastardized as it has gained popularity,” O’Hara said. “I see us as being the true definition of the term because our educational programming runs much deeper. We don’t kowtow or cater to groups and individuals; our principles are always the same.”

Principles of respecting the environment and learning from it are evident in the programming. All buildings at Rancho Mastatal are naturally built with local materials, all the food is sourced locally, and skills from permaculture to plant medicine force participants to learn from the land.

But there are some aspects of Rancho Mastatal’s business model that are harder to justify for O’Hara.

“People are coming in from afar to learn skills that really they should be able to learn closer to home,” O’Hara said. “But for one reason or another there is a dearth of this inspirational education.”

The Future is Rural

For better or worse the desire for the type of programming provided by The Ranch has been consistent since 2001. That demand has tapered off with the recent COVID-19 outbreak, but O’Hara views the outbreak with a unique silver lining.

“Amongst all the suffering, anguish and fear, hopefully we’ll see the importance of staying close to home,” O’Hara said.  “Growing roots, working at home and developing environmental initiatives that don’t involve going halfway around the world.”

This optimism is also part of where O’Hara wants to see The Ranch go in the future. “Over the years, we have been increasingly focused on what it means to draw people from within our country,” he said. “We certainly would like to depend less on jet fuel and international travel as we move forward.”

O’Hara sees a need to re-ruralize the world so that natural resources are available for generations to come. “As the world becomes more urbanized, the stewardship of rural and protected areas falls into less caring hands,” he said.

If rural communities are kept healthy and provide economic stability, then perhaps flight from rural areas to the city becomes less alluring to young professionals.

“It’s worth supporting programs to bring people back to the countryside,” O’Hara said. “We can become more food secure and relearn how we can live on this land in a way that’s long term viable.”

I'm currently a student at UNC majoring in Journalism. I have a deep passion for sustainability and serving my community. I hope that my sharing of the stories of sustainable entrepreneurs around the world provides an optimistic outlook as the world encounters environmental issues.