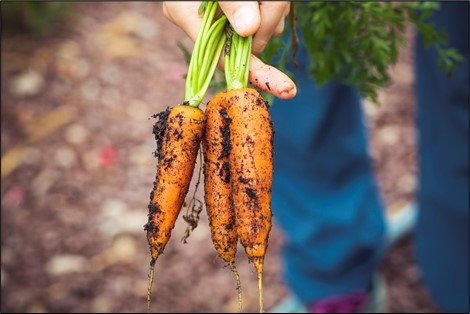 The Fertile Crescent of the Middle East became home to the inception of agriculture more than 12,000 years ago. It is also home to Rabih Hamid, a passionate entrepreneur in Lebanon who is spearheading a new, more sustainable form of agriculture in the region.

Born in Beirut, the capital of Lebanon, Hamid studied biomedical engineering in college. Then he began working at a construction firm. Because of his passion for sustainability, he earned his certification in green building.

Unfortunately, the economy of Lebanon struggled over the last few years, precipitating a decline in the construction industry. The beleaguered Lebanon was further undermined in 2019 by a political revolution and in 2020 by a massive explosion of ammonium nitrate stored at the port of Beirut, causing hundreds of deaths, thousands of injuries, and billions of dollars of property damage. Although Hamid was near the port when the explosion occurred, he was only moderately injured.

Every cloud has a silver lining, and the perfect storm of calamitous events was the spark to create a revolution in Hamid’s own life and career. From his construction business, Hamid understood that a durable building must be constructed on a strong foundation of stable land. The importance of the land called to him and became his inspiration to use the ancient land of Lebanon to create a business to grow food in sustainable ways to support people in his community and beyond.

“The only sustainable model that we have in our life, it’s the land, the sun, and the water … if we can treat these resources in a decent way, they will always give us what we need to sustain our life,” he said.

In ancient times, the Fertile Crescent became an unfortunate model of unsustainable agriculture. Irrigation and subsequent evaporation left salt behind in the soil, which accumulated over years and centuries. The salt became a poison to the land, and the salinization reduced fertility of soil in the region, transforming a once fecund and prolific ancient center of agriculture into a barren landscape. Hamid’s vision is to put the “fertile” back into the Fertile Crescent. And so, AGROspring was born.

Hamid spent the next few months searching for land and creating a plan for the business. What he could not have planned for was COVID-19. Despite the pandemic raging during most of his time running AGROspring so far, Hamid has made progress in cultivating his young business.

He has developed an organic food production line that requires no chemical additives and reduces energy inputs. AGROspring is starting by growing a variety of vegetables on 10,000 square meters with the goal to demonstrate that this much land could sustain 2,000 people in the modern-day Fertile Crescent.

Hamid believes his company is about more than food. It also aims to enact positive changes and foster a stronger community. He envisions creating job opportunities and strengthening the local economy. “Having your own food is power. And when you have this power, if you want to be innovative or make a certain change to your life or to your community or what’s happening around you, [then you can],” said Hamid.

A necessary part of the branding of AGROspring is that people who are involved with growing and buying the food are supporting a social cause. Hamid believes that challenge is a key to personal growth. People must cultivate their strengths including passion and assertiveness to overcome Lebanon’s many challenges and to change themselves and their country for the better.

Hamid is teaming up with people who have a similar passion for sustainability and helping their communities. He said, “This project is attracting people from the same mindset to work together to make a change.” Hamid is thrilled to have garnered so much interest so quickly from like-minded people. “I’m honored to have the ability to plant the seed for this project,” he said as he looks to add more people to his team.

The Sky is the Limit

Hamid’s goal is to create a model for agro-farming that can be used throughout Lebanon and even across the Middle East. Currently he is planning new phases for the agrobusiness model in different regions of Lebanon. Helping people beyond his community in times of need motivates him to expand his business geographically. “I am a dreamer,” he said.

Hamid explained the model is replicable with a small investment. For example, an investment of $5,000-$10,000 and less than 5 acres could grow enough food to sustain four to five families. “If you have the right tools and the right resources, you can start from anywhere in the world,” he said.

Hamid already sees another benefit for his country from his endeavor: hope. People tell him they are hopeful that their homeland, Lebanon, can change despite years of crisis. Hamid believes that just as a carrot seed germinates, sprouts, and matures, hope also grows in people’s hearts as they are nurtured by growing their own food.

While his company grows, Hamid retains the gratitude and optimism his family taught him. He centers this gratitude in his life and is thankful for his successful experience in the construction industry, learning to overcome challenges despite a declining economy.

He said even when times are bad, he must remember to continue to work hard and solve problems to honor the people who have lived on the land in Lebanon for thousands of years and to create a legacy for generations to come. The same values should apply in good and bad times.

Vegetables grow at the farm at Ain Dara, Mount Lebanon

Hamid’s early experience in the construction industry prepared him well for a career shift to agriculture. He explained that in both cases, he is “starting something from zero.” He said that both builders and farmers start on open land, have a design, and begin the physical work by breaking ground. He sees agriculture sites as construction sites. “I have all the needed resources – skilled manpower, tools, and know-how,” he detailed. He also knows how to minimize operational and maintenance costs as well as how to use recycled materials.

As he compared construction to agriculture, he said that the act of creation gives people hope “even if everything is collapsing around us.”

The story of the Fertile Crescent is still unfolding. Despite the pandemic, political unrest, and a debilitating explosion, Hamid is writing his own chapter in this ancient land. Not only is Rabih Hamid growing food sustainably, he is cultivating hope. 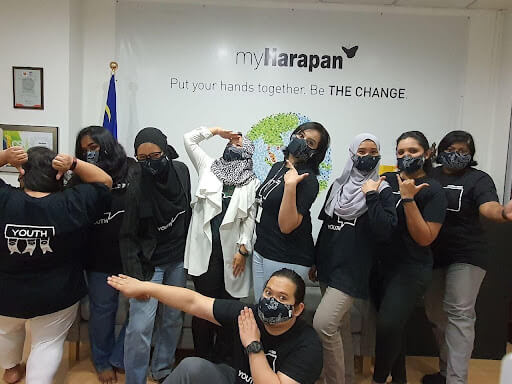 The Next Generation of Entrepreneurs in Malaysia

Nini Daing of Malaysia is changing lives with her commitment to develop the next generation of sustainable entrepreneurs.  Environmentally and socially conscious entrepreneurs provide a 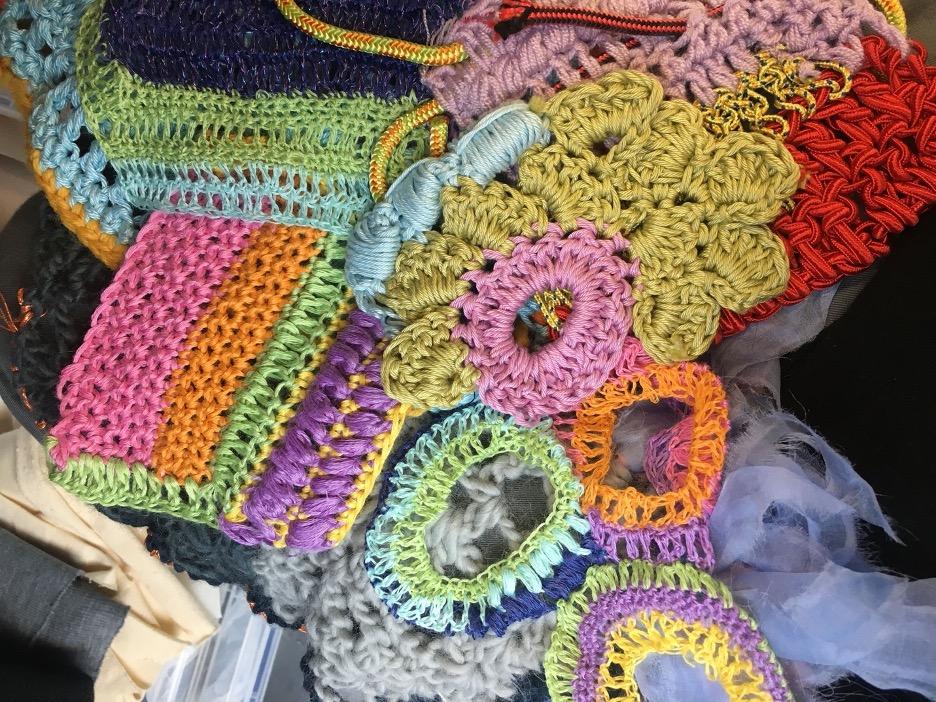 Knitting Together Sustainability and Design

Introducing: Zanna A brand that makes you question things without losing sight of your authentic self; that is what Zanna hopes to build in the 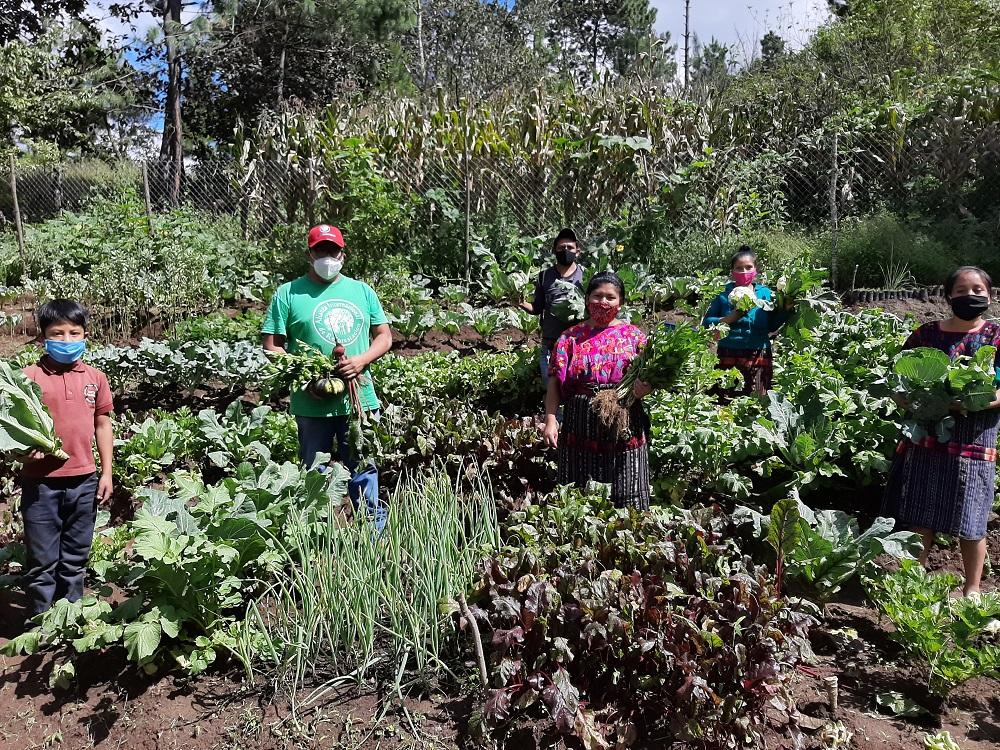 From the Ground Up: A Story of 7 Million Trees and a Guatemalan Nonprofit

Guatemalan women around a traditional cooking fire with little ventilation (photos courtesy of Dr. Anne Hallum) There is more to reforestation than just planting trees.