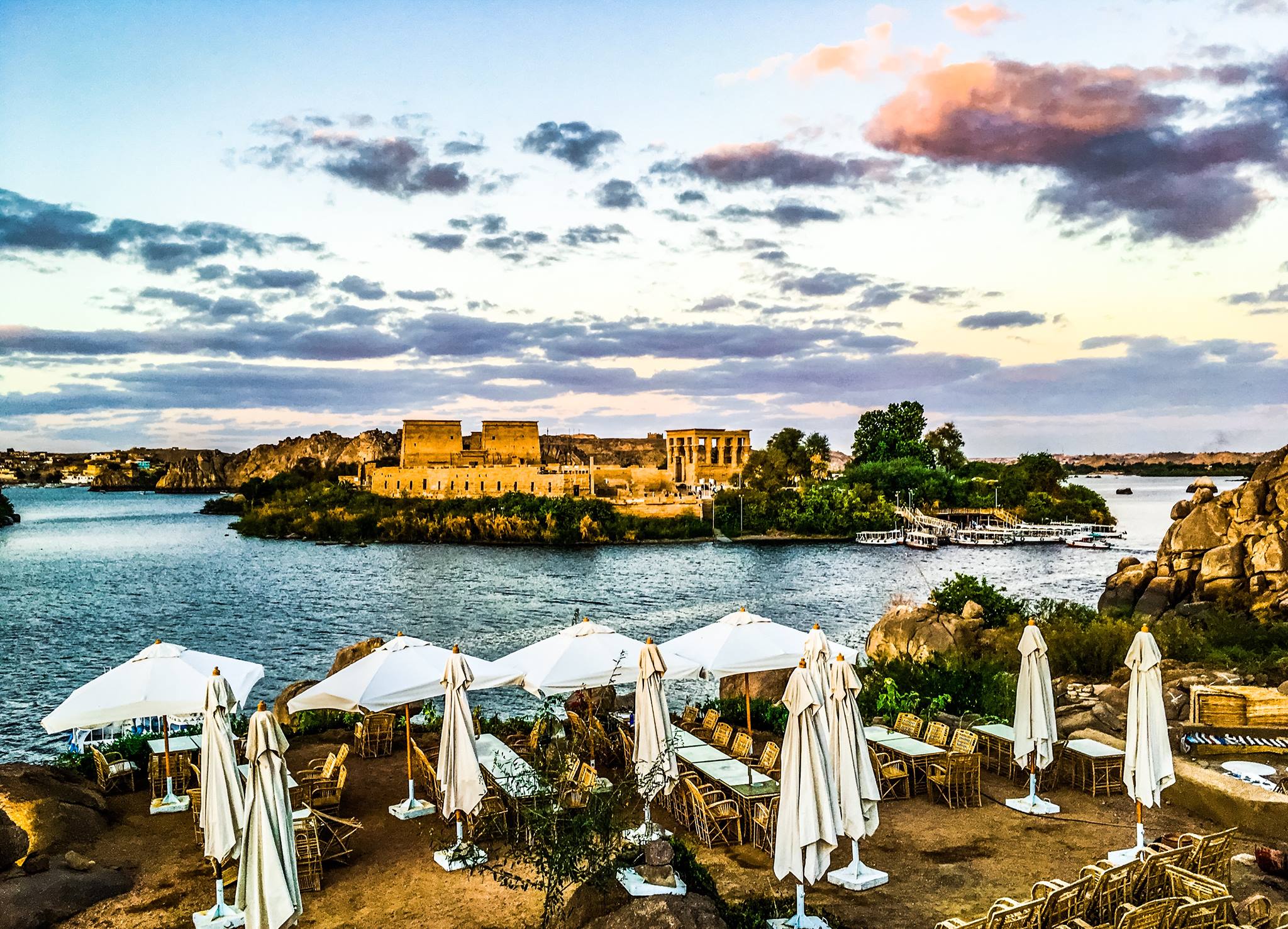 New Possibilities Found in the Past

Egyptian entrepreneur Ahmed Yehia takes on ecotourism, and teaches us about trust, thinking resourcefully, and rebirth along the way

5,000 years ago, the people of Ancient Egypt believed Osiris was the lord of the underworld and judge of the dead. Killed and divided into pieces by his evil brother, Osiris’s tomb was spread across many places, including the small island of Bigeh. Through his death, the Nile became fertile. It was the source of all life, and according to priests the Nile sprung from a cave on Bigeh, with the entrance protected by a sacred serpent.

Bigeh had been almost continuously inhabited since antiquity . But 50 years ago, the story of Bigeh almost came to an end. Its residents vacated the island because of lack of modern services, and this island, once central to Eyptian myth, fell into ruins. Bigeh remained depopulated and in decay until about 3 years ago.

Like Osiris providing new opportunity through the Nile, death giving way to new life is a perfect transition to talk about Ahmed Yehia, a sustainable entrepreneur who launched the company Eco Nubia, and, along with the previous residents, helped restore the island. He brought water systems and electricity to it, making it home to an ecolodge, a type of hotel made to have the least impact on the natural environment.

Like the course of the Nile itself, CEO of the company Eco Nubia, Ahmed’s path hasn’t been a straightforward one. He first studied architecture at Cairo University, which is located across the river in Giza, home to the Great Pyramids and the Sphinx. . He then went on to get his master’s in Information technology from the Information Technology Institute, in Alexandria, working on detecting and predicting air pollution in Cairo, using conceptual computer programs.

After working for over a decade for Vodafone, Egypt, a mobile network operator, Ahmed decided to start anew. He attended Panthéon-Sorbonne University in Paris to study cultural heritage management. During this time, he was exposed to the concept of ecotourism and saw great potential for it in Egypt. Upon receiving his second master’s, Ahmed founded his first company, Eco Adventure, which led tours in different natural areas of Egypt. The company was doing well, but due to unrest in Egypt in 2014, the military restricted the company’s excursions.

Death creates the opportunity for new life. Although his dreams for Eco Adventure had been limited, Ahmed had an opportunity to create something even better. Through his new company, Eco Nubia, Ahmed found an island south of Aswan City, whose residents had left. The ex residents formed a partnership deal in which Ahmed’s company would restore the island of Bigeh, build the sewage network, bring electricity to it, and convert it into an eco resort. Eco Nubia hired the old residents to run the lodge, so not only are they back on their now restored island, but they’re generating income through the resort.

Bigeh is a World Heritage Site; it had a temple known as “Untrodden Place” because only priests were allowed to set foot there. Ruins dating back to close to the time of King Tutankamen still are scattered on the islet. It was once a popular site for archaeologists. Bigeh boasts stunning views of the Nile, the shoreline, and the temple of Philae. Could there be a better place for an ecolodge?

The Bigeh ecolodge today boasts  a restaurant- Solaih- that serves traditional Nubian food. There’s a beach area and opportunities for hiking and kayaking. Bigeh’s Nubian housing is rustic yet clean, and perfect for the experience of living among ancient ruins.

His company, Eco Adventure, had already been leading trips in the Aswan region since 2013.  The tourists stayed in the local’s homes as guests, and the locals were responsible for much of the food and transport. Initially the community was skeptical of this arrangement, but Ahmed demonstrated competence and integrity by paying them back generously for the services they provided.  The community was pleased as to how it turned out, and excursions were brought to the area many more times.

In 2017, the community that owned the uninhabited island of Bigeh, approached Ahmed and asked if he and his company would assist them in using their island to generate income. Although Ahmed hadn’t worked with the community that owned Bigeh specifically, trust was built easily, as they had heard good reviews of Eco Nubia from surrounding communities. Going forward he might have a slightly different approach to forming connections with new communities, as he can point to the example in Aswan. Nevertheless, Ahmed recognizes that building trust is vital and can’t be rushed.

As grueling as the work of an entrepreneur may be, the road is never walked alone. At the moment, Ahmed has two investors, and most of the subsidiary positions are filled by members of the local community. The lodge, manager, chef, and waiters are as active in the ecolodge as Ahmed is. The lodge is mostly run by the local community and Ahmed supervises what is needed from afar.

To protect from COVID-19, Ahmed shut down the ecolodge in mid-March, but has still been able to pay all his employees their monthly salary. He’s not sure how long they will be able to sustain this arrangement. Coronavirus has made the future for Eco Nubia much less clear, but Ahmed is still looking forward. He has his sights set on a new ecolodge in Luxor city, southern Egypt, as well as expanding the services for the Bigeh Ecolodge.

Persistence is what Ahmed answered as his greatest lesson so far. From navigating the public-private sector relationship to gaining the trust of the local community, Ahmed has practiced persistence all the way through. Moving into the tourism sector from his previous ventures was not easy, but after six years of working in this area, Ahmed can happily say he made the right decision. “I didn’t have anything that showed that I would progress positively in the tourism sector, but I kept my persistence and I kept my hope.” The fight is never over, coronavirus has clouded Eco Nubia’s view of the rest of the year, and it is hard to tell what challenges may lie ahead. “It’s all about hard work,” says Achmed. With that and persistence, Achmed will be set up to handle whatever comes at him.

The role of sustainable development in a fast paced world is more crucial than ever. There’s infinite possibilities before us, and looking back at our history can allow us to choose wisely. When Osiris died his wife Isis, goddess of life, healing, and magic, collected the fragments of him and brought him back to life for one night. Most of us don’t have Egyptian gods to resurrect us, but like Ahmed’s rebirth of Bigeh, individuals can still be a source of life and opportunity.

Amelia is a junior studying industrial design at Appalachian State University in North Carolina. Her commitment to sustainability originates from her parents and only grows with her personal experience and studies. She hopes to help transform the product design industry and is specifically interested in public transportation, given its vast potential for a more accessible, connected, and sustainable world