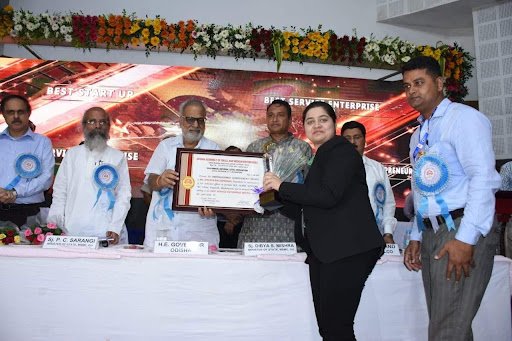 Twin-tuition: Unleashing the Power of Innovation

We often overlook the ingenuity of children, mistaking their innovative minds for naivete. However, for tenacious twin sisters, Nikita and Nishita Baliarsingh of India, their knack for innovative thinking was impossible to miss – even at the early age of 10.

While still in primary school, the twins were inspired by a teacher who educated them on the concept of entrepreneurship, encouraging them to take risks and develop their senses as young businesswomen. Nikita says that at this young age, she and Nishita began discussing the possibility of starting a company together down the road, one whose mission aimed at working towards the betterment of society. They wanted to have something to call their own, something that could truly make a difference on a global scale.

Little more than a decade later, Nikita and Nishita have brought their vision to life through the creation of Nexus Power. At only 24 years old, the twins have made incredible strides in the realm of renewable energy. 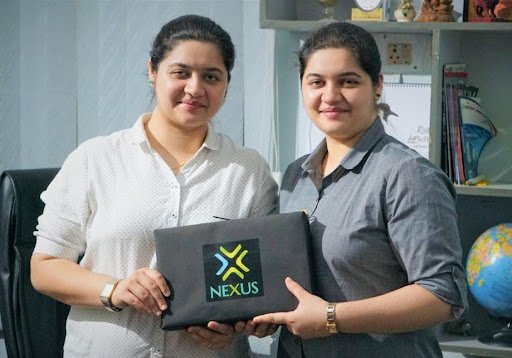 After completing courses in commerce, business management, and sustainability during their undergraduate and graduate studies, Nikita and Nishita decided to follow their passion for environmental preservation, becoming intrigued by the electric vehicle (EV) market. They were surprised to learn how undiscovered the potential for the EVs was in India, realizing that it had not taken a substantial foothold in the country at all. Being that EVs significantly lower contributions to greenhouse gas emissions and do not pollute the air like cars with combustion engines do, they were surprised that India had not already developed a substantial EV market.

As Nikita and Nishita learned more about EVs in India, they sought to understand how the current market was operating and how it was being received by the public. One of their biggest takeaways, Nikita says, was around the batteries, as “there were certain concerns that people have with the charging times of the batteries and how much range it offers in one charge.”

Moreover, they discovered that that the majority of the batteries used for EVs were being imported rather than being produced domestically. “We just thought, why not think of something that uses resources that are available in India itself… where people manufacture in the country and distribute it so we see an overall growth. At the same time, manufacturing in India would reduce the cost of the battery, so the electric vehicles would get cheaper and people would prefer that more.

Meanwhile, the duo came across news articles about the high levels of pollution in other parts of India, such as Panjab and New Delhi. Farmers were intentionally burning crop residue rather than waiting for it to decompose in an effort to prepare for the next sow, worsening air quality. Their desire to find a way to mitigate this issue grew, “We always wanted to work for the environment from a sustainable point of view.” Was there a not a better way to to use this crop residue? That way, they would be implementing a waste management practice that decreases the need for farmers to continue polluting the air through stubble burning, in addition to sourcing cheaper, more affordable, and energy efficiency batteries for EVs. 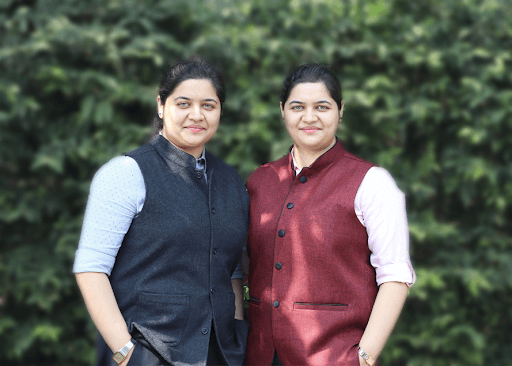 After hours of internet searching, scientific research, and checking out books from the library, Nikita told me, “Everything fell into place eventually.” They soon became familiar enough with the scientific jargon and the basic processes required to develop a product with a sustainable life cycle.

Nexus Power extracts proteins from crop residues, using that as the structured raw material for the EV batteries. Once the life cycle of the battery is over, it can be recycled entirely, since it is made from all natural compounds and biodegradable materials. The ability for this battery to be recycled is better for the environment and cheaper than the end-of-life phase for a standard battery. A standard battery corrodes and can leach its toxic chemicals and metals, like lithium and lead, into the soil and groundwater when disposed of. Compounding this is the risk of dump fires, in which harmful chemicals are released into the air.

The Nexus batteries can be harmlessly broken down, and its constituents put back into the soil where they came from. While this cradle-to-grave journey is far better than that of a standard battery, Nikita believes it is actually best to recycle the batteries rather than decompose them. “I think recycling the batteries can be a better option, because in that case, we’d be creating more of the batteries with the old ones itself, so it would be more cost-effective overall.”

While the science behind the Nexus Power batteries was not originally developed by the Baliarsinghs, what distinguishes them from the rest is that they are innovating upon the preexisting cell chemistry behind it. They have replaced lithium that is typically found in batteries with proteins in order to eliminate hazardous waste. Using protein that acts as the “storage house” of the battery means that absolutely no lithium is necessary for its function at all. 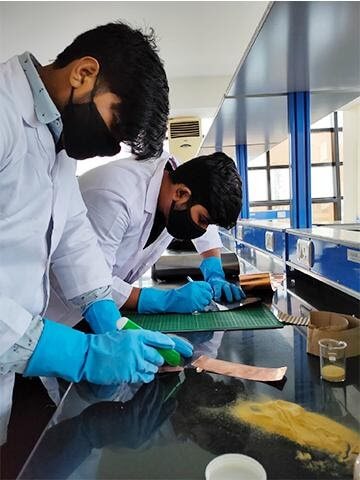 Astounded by all that I had learned, I asked Nikita about the logistics of their operation – how does Nexus Power run on a daily basis? Nikita told me that they currently have about 15-20 people on their team split between a research and development sector and a management sector focusing on PR, finances, and the like. The R&D team is chock-full of scientists working to improve the efficiency of the batteries, boasting degrees in cell chemistry, electrode building, bio-technology, and more.

Nexus Power does not clear farmland for crop residue, tamper with natural agricultural processes, or use land to cultivate raw materials specifically for their purposes. The company procures their crop residue from local places by paying farmers for their waste, benefitting the local farmers and local economy as well. The entire extraction process from the organic materials is carried out within the laboratories and is a crucial part of the research and development process, so while they are creating batteries, they are also always exploring how to improve upon them.

At this point, the Nexus Power batteries have been able to successfully power two-wheeled vehicles and are eagerly awaiting the chance for commercial pilots to expand to four-wheelers. Nikita told me that the potential for expansion looks very promising, as they have garnered serious interest from local EV manufacturers who would like to create pilot projects.

Within the next year and a half, Nexus Power hopes to finally go commercial. The current global pandemic presents a major challenge, as frequent lockdowns have delayed progress and make it difficult to predict how things are going to move in the future. However, Nikita and Nishita remain optimistic. Their vision for the next five to six years is to be a company that manufactures locally in India, but has a presence globally in the battery and EV sector.

During my interview with Nikita, she mentioned her early introduction to entrepreneurship and spoke of important figures she wanted to thank for their continued encouragement and support. Her parents and her mentor in primary school created an environment of confidence that always propelled them to pursue their ideas, “These people stood by us and made sure we enjoyed a comfortable space.” Nikita told me that being from a non-science, non-technical engineering background and embarking on this journey was challenging on its own and having a safe space to take risks and grow as an entrepreneur was essential to the success of Nexus Power. She has a deep appreciation for how rewarding her journey has been thus far, “The feeling of being able to achieve something, you visualize that and when you see it actually in front of your eyes, it’s probably one of the best feelings ever.”