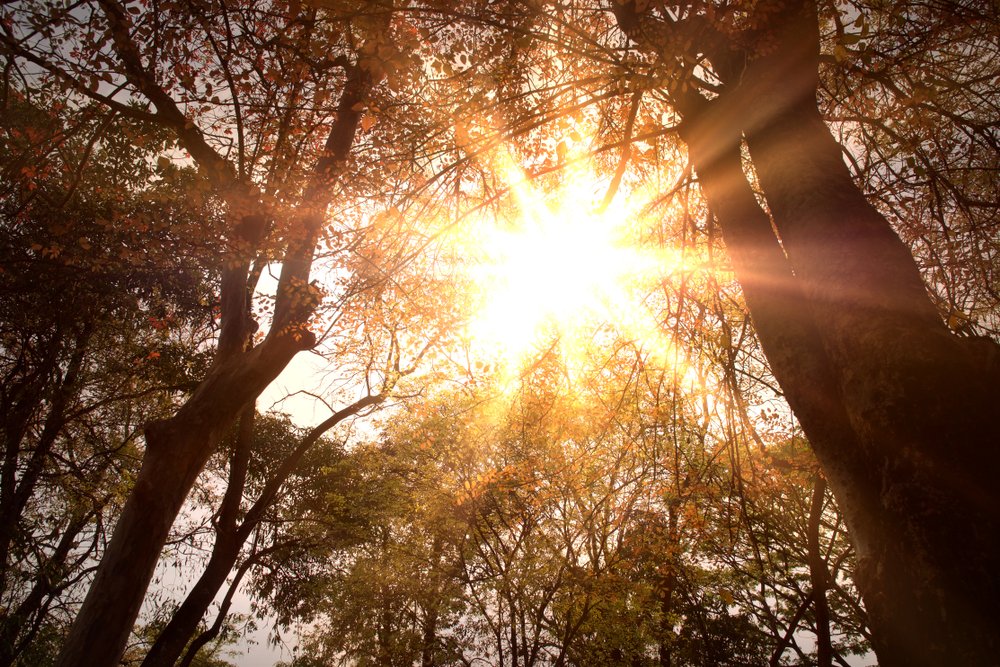 Why Bother to Hope?

The question of how to have hope in the time of climate change deserves a deep dive, but equally important is the question of WHY to have hope.  How is surprisingly not that hard, once you know where to look, because our attitudes are easily changed by where we put our attention.  As the old adage goes, “what we focus on grows.” Consider the words of Paul Hawken: 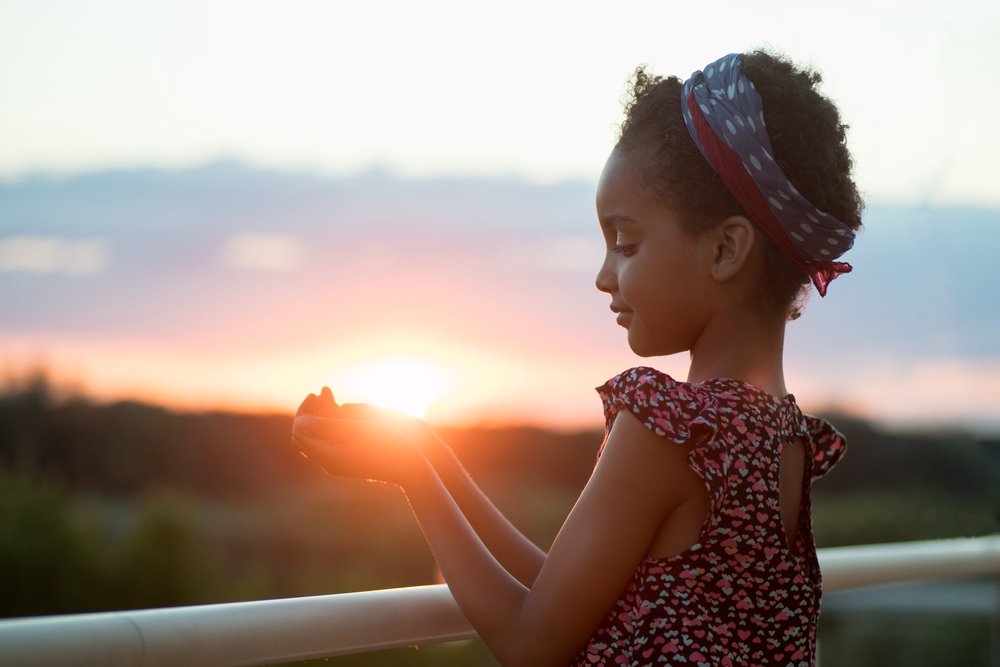 " When asked if I am pessimistic or optimistic about the future, my answer is always the same: If you look at the science about what is happening on earth and aren’t pessimistic, you don’t understand data. But if you meet the people who are working to restore this earth and the lives of the poor, and you aren’t optimistic, you haven’t got a pulse. What I see everywhere in the world are ordinary people willing to confront despair, power, and incalculable odds in order to restore some semblance of grace, justice, and beauty to this world. "

But why bother to hope? If things are really bad, isn’t being hopeful just a soothing balm that masks  impending doom, in the end leaving you even more bereft as you see your sandcastles of hope washed away by the tides of rising sea level?  And doesn’t having hope lead to complacency and inaction since hope might dampen our sense of urgency?

Yuval Noah Harari, writing in TIME magazine, recently observed that, “A few years ago, it was common to hear people deny climate change, downplay the enormousness of the threat, or argue that it is far too soon to worry about it. Now many people say it’s too late. The apocalypse is coming, and there is nothing we can do to prevent it. Despair is as dangerous as denial. And it is equally false.”  The article goes on to present compelling economic evidence to make you think twice about this despair thing. It’s a great piece, and I highly recommend it. But it’s still a how argument. If you are already inclined toward despair, it probably won’t make much of a difference for you.

This is because, as cognitive researchers have discovered, logic plays a limited role in the formation of belief, being brought in later to justify the conclusions that we have already reached by intuition. You may have heard this expressed as, “If you believe it, then you will see it.” In fact, evidence, even well-documented evidence, is easily dismissed when it doesn’t fit our preconceptions. Likewise, we tend to quickly embrace even poor evidence for things we agree with, a phenomenon known as confirmation bias. Surprisingly, not only does encountering evidence that runs against the grain of our beliefs generally not sway us, it can cause us to double down on our own arguments as we seek to justify our existing position.  For those who have adopted the “it’s too late” stance, mere evidence is unlikely to be persuasive.

And then too, many people might just have given way to despair because at some point, it just seems psychologically safer to accept the Theory of Doom.  After all, if you predict doom and doom does not come you may be wrong, but things are pretty good (unless you are a weather forecaster), considering that at least doom didn’t come, yay! Offering a probability of success, victory, or good times ahead, is riskier, because should the opposite come to pass, hearts and much more will break, along with the reputation of those who were wrong, who will be branded as dangerous and naïve.  Better to expect the worst, or at most, be non-committal.  Is it possible that fear of failure actually keeps us from taking the risk of even feeling hopeful?   In this case, I’m not talking about blithely predicting success, but a more gentle notion—the idea that a desirable future state is even possible.

To me the crux of the issue is that to hope and to despair are choices, and there are consequences in which we choose. Yes, we need tremendous investment in new technologies, new social contracts, and commitments to regenerative ways of living on earth, but we will never find the creativity, enthusiasm, or power to make these unless we believe success is possible. After all, why would one bother to take action, on anything, if failure is a foregone conclusion? Don’t forget that all change, even positive change, requires great energy to overcome inertia.

If we really want to address climate change and create a flourishing future, understanding and cultivating the practice of hope is key, but this flies not only in the face of popular culture but is also an about-face from where we’ve been. For those of us playing the climate game, who have for years sought to bludgeon the unbelievers with ever-growing piles of data and predictions of dire consequences should we not repent, it should not come as a surprise that, as Hawari says people have gone “straight from denial to despair.” The fact that a majority of Americans are now worried about climate change is actually measure of success.  However, we’ve done such a great job convincing people of its risks that many feel doomed and hopeless, and the epidemic in depression (admittedly fueled also by pandemic and social division), particularly among our youth, may be more worrisome than climate change itself. Having won the battle on the “is climate change happening?” front, now is the time to switch tactics to win the climate change war. 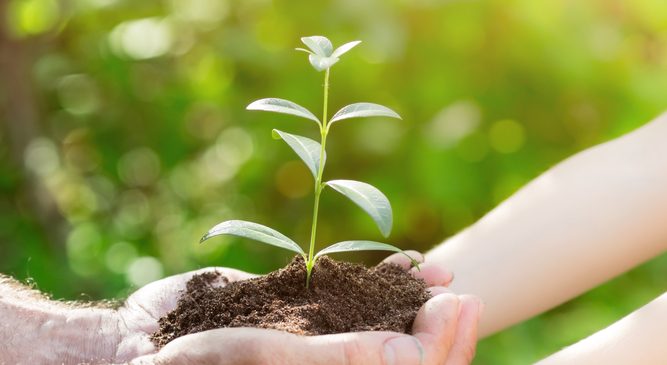 By choosing hope, we can see the world with different lenses. New evidence, and different possibilities become visible; if you feel unsure or even skeptical about this, I urge you to let photographer Dewitt Jones explain how “finding what’s right with the world gives us the energy to fix what is wrong with the world.”  Standing on a foundation of hope, we engage with life differently. The last few decades have brought us a new science of positivity, showing that, from our brains as individuals to our social institutions, our effectiveness is drastically influenced by the outlook on the world that we possess and share with others. This research in psychology and organization development demonstrates that those of us who choose to actively cultivate and reinforce hope have access to more energy, experience less stress, engage more of our creative brain potential, learn more easily, and have a higher willingness to engage and collaborate with others. This is exciting research indeed, but lest we think we have discovered something new here, many, if not all, of our ancient wisdom traditions address the imperative of cultivating hope. Turns out, when we feel better, we are also most effective and engaged, and that hope-driven power is contagious.

Hope is infectious, but so is despair. Which do you practice, and in so doing, spread?  The practice of hope is not effortless, but if you understand your “why”, maybe, as Simon Sinek says, your “how” will come easily. Creating a thriving, beautiful future for our Earth community starts with hope, with the belief that a positive future is possible. This is why we created Heart of Waraba, and why we share the stories of our brash entrepreneurs, creating businesses and organizations that regenerate the earth, help people, and create new possibilities for transforming to a low-carbon world. Over the months ahead, we will have a lot more to say on the subject, and we HOPE you will chime in, and pass on anything what you find hopeful.  Meanwhile, thanks for sharing the journey.

Sally Beth Shore is passionate about Appreciative Inquiry and through her company, WonderWorks, uses this organizational methodology to help businesses, non-profits, and religious organizations discover their highest possibilities and move towards them with intention. As a licensed Appreciative Inquiry Facilitator, she has helped plan and facilitate AI processes with groups ranging in size from 10 to 1000. Clients and collaborators include the World Positive Education Accelerator, the Children's Home Society, and Continuum. Sally Beth conducts Appreciative inquiry trainings and has presented on the topic at the World Appreciative Inquiry Conference. Prior to launching WonderWorks, Sally Beth’s career included running a nonprofit, teaching environmental science, growing a small business, and raising three children. She is also an ordained minister, and in that role has offered spoken and written inspiration, counseling, administration, and leadership. Her skills as a preacher are well-used in her motivational talks around positivity, human resources, and vision. She has degrees in Geology, Geography, and Environmental Science from the University of North Carolina. (1987, 1995).